An Introduction to the Future of Micro-Influencers: How They’ll Help Your Business

Influencer Marketing:  How has it changed?

Ten years in the making, influencer marketing has come a long way. Looking back to the days before the Instagram Advertising Law was announced, people trusted almost anything that influential people said on social media. Fast forward a few years, and not a day goes by that you don’t scroll past a ‘Paid Partnership’ or ‘Sponsored’ post on social media. With Instagram, YouTube and other social media platforms now swamped with these kinds of posts, there has been an enormous decline in trust. As a result, engagement has hit an all-time low this year for all users.

In recent years, it has become clear to many of us that high-end influencers are being paid money for their opinion. This has resulted in a massive lack of trust in anyone trying to sell us another pack of ‘revolutionary’ skinny teas – or just about anything really. We’ve all seen our fair share of sponsorship fails on Instagram, but when we saw Scott Disick directly copy and paste his pre-written caption into his post, a new level of doubt was instilled. The overwhelming realisation was that these influencers aren’t even bothering to try anymore, let alone use any of the products they’re trying to sell to us.

What is a Micro-Influencer on Social Media?

Enter a new player to the social media landscape: the micro influencer. Micro-Influencers are individuals who have anything between 1,000 to 100,000 followers on social media. They usually have a particular niche subject that they post or blog about. At this point in their influencer growth, it’s not likely that they’ll be taking part in that many paid promotions or sponsorships; which generally means a lot of their collaborations have been #gifted. This is a significant benefit for them because, unlike high-end influencers who have been paid to have a specific opinion, they are freer to speak their mind. This is why micro-influencers are different; they are well-known for their honesty, reliability, and authenticity. Micro-influencers have a great relationship with their followers because of this.

How are UK businesses using Micro-Influencers in 2019?

In a recent Campaign, Graze Snacks worked with a number of micro-influencers with the launch of their new ‘Wow Bites’. In return, they have seen a number of well-thought-out captions, glossy and clean product photography, and extremely high engagement rates (7%).

How can Micro-Influencers in the UK Benefit Your Business?

A lot of the time, micro-influencers are grateful to just be gifted let alone bag a paid partnership. So, just by gifting multiple influencers, you could make a massive difference in your marketing success – as well as spend. On the other hand, traditional influencers can charge up to $1.62M per post, which could make a serious dent in your budget.

Micro-influencers are dedicated to going above and beyond because they’re passionate about what they do. They will give you well-thought-out, high-quality content and copy. They also make great brand ambassadors, and they will make their own audience yours.

The future of influencer marketing

With the recent roll out of No Likes on Instagram being tested in multiple countries around the world, it’s no secret that we need to look forward and start thinking outside the box. If the Instagram powers remove ‘likes’ permanently, influencers with small but engaged communities who receive more comments on their content, could become more valuable than big-time influencers. For businesses that want to benefit in the future from influencer marketing, it’s important to evolve and adapt to new changes, just like you would in your industry.

If you’re planning to use up your quarterly spend on one large-scale influencer, you might need to give that a re-think. While this strategy could have a powerful impact, you have to consider; are you really reaching the right audience?

How to Find Micro-Influencers

Start by checking out your own hashtags. If you search #YourBusinessName, you may already have some micro-influencers posting about you without even realising it. This will make it easy to find people who are already passionate about your company or brand, which is just what you want them to continue talking about! You can also search hashtags that relate to your business or niche, and by using the ‘top posts’ section you’ll be able to find the most engaged with posts with that hashtags. By doing this you’ll find other advocates who are already talking about something you may provide.

Start looking at who has been regularly engaging with your content recently. Just by clicking on the people who are commenting on your content, you may be able to find some micro-influencers. You might also find them in your tagged-in section too, if you have a business that provides products, you could already have a strong network of micro-influencers tagging you in their content without you realising.

The best part of finding micro-influencers the manual way is that you can look back at any sponsored content they’ve done previously, and ask yourself:  have they reviewed the product fairly? Did their audience actively engage with their content? This will give you a real insight into seeing if they’re worth working with.

This is probably the easiest and quickest way to find influencers for your business. They might not always be the right ones, but databases will definitely find you some influencers to work with. There are many of different databases out there, some free and some charged, with which you can identify various influencers to approach.

How Should I Approach Micro-Influencers?

Micro-influencers are unique in that they value the relationships they have with brands, and this is important to remember. This is especially true if you’re approaching someone who has already been talking about your product or brand – it’s likely they’ll be very pleased to work with you. Start your approach with a relationship in mind, and you can expect to be working with them on a long-term basis. Show them that you value the relationship by offering respect, and they will reciprocate.

What should I offer Micro-Influencers?

Initially, start by offering free-of-charge product or services, you don’t need to go straight in offering payment when you might not need to. Although, if the questions comes up, don’t hesitate to negotiate a price that is suitable for both you and them.

How Should I Reach out to Micro-Influencers?

Once your list of potential micro-influencers is all ready, it’s time to reach out. You will have to take into consideration your competitors, who may well be reaching out to them as well. Getting to know them first will give you an advantage over your competitors when getting in touch. Start by getting yourself on their radar – make sure you follow them, and regularly engage with their posts.

After you’ve done this, it’s time to draft a proposal. Start by introducing yourself and make sure you mention any work they have done recently that you admired. Set out your expectations with goals and the outcome you want from the collaboration, so you know that you’re both on the same page. The best way to start contacting them initially is via Direct Message, that way they’ll recognise your immediately.

It’s likely you won’t get a response immediately, but this doesn’t necessarily mean they don’t want to collaborate with you. They’re likely to just be very busy with other collaborations, so give them a reason to prioritise you – by sending a follow up email or DM stating how keen you are to get the ball rolling.

What Should my Expectations be When Working with Micro-Influencers?

Micro-influencers are all about spreading brand awareness. It’s likely they’ll put a lot of time and effort into their content, so expect lengthy captions, well thought-out photography, and genuine, authentic opinions.

With regards to engagement success and subsequent profit increase, your expectations should depend on how many, and what type of micro-influencers you work with. You can certainly expect an increase in overall brand exposure but be aware that this might not always translate into more sales and leads right away. Many companies work with micro-influencers simply to get the word out there, and start being widely recognised for their product and/or service.

If you choose to work with multiple micro-influencers, you will have to manage several different relationships. This can in fact be one of the downsides of working with micro-influencers. Having said this, the outcome can mean better engagement, increased brand awareness, a larger audience, and loyal customers.

The Future of Micro-Influencers

It’s clear that larger-scale influencers are fading out, so it’s time to re-think your influencer marketing strategy for 2020. Micro-influencers can offer you authenticity, brand awareness and a great relationship. For further guidance in all aspects of digital marketing don’t hesitate to get in touch with the experts at MRS. 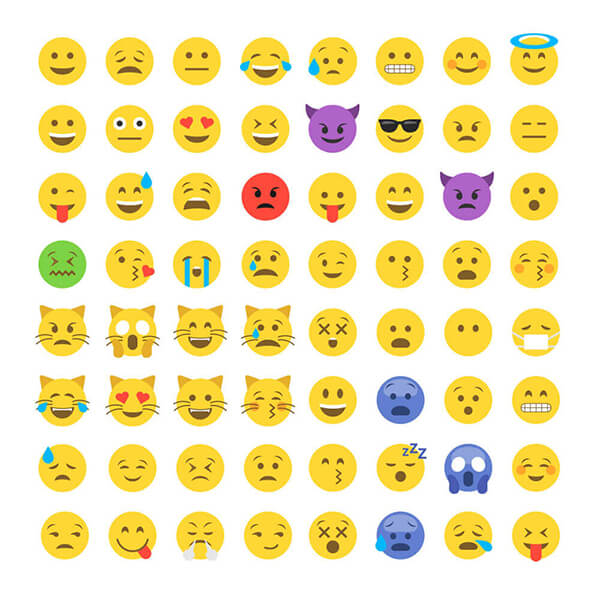 Business TipsDigital MarketingSEOSocial Marketing
Updated 23-03-17Have you noticed anything different about Google search results? Emojis have suddenly returned to desktop search result snippets. After a long absence, they're back! This is good because...Read More →

Digital MarketingSocial Marketing
What happened on social media in March 2020? It’s been an incredibly strange time for the world, but that doesn’t stop social media from constantly evolving. This month, WhatsApp finally...Read More →